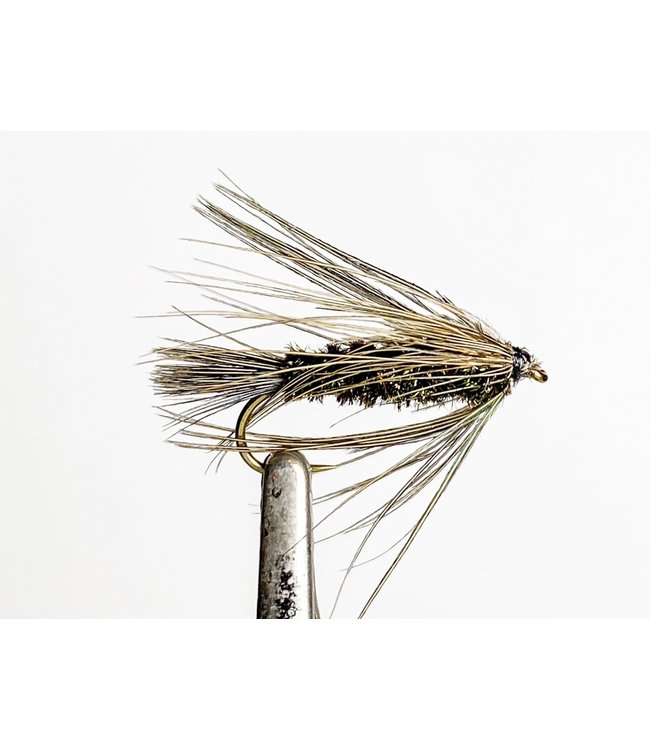 This pattern is traditionally a lake anglers staple, representing many things from damsel and dragonfly nymphs, to leeches, minnows and large mayfly nymphs. In recent times it has become one of the most effective large soft hackle patterns for swinging in rivers, where trout absolutely slam it. The Six pack is a lime-olive colored version of the Carey Special that works so well, people started calling it a "six pack" because you didn't want to be without at least a half dozen of them per outing. Excellent in lakes and on rivers.